"The hipster in me (damn him) doesn’t want to post this video because it’s too… cute. Completely un-ironic and unpretentious. I mean, c’mon, it features a sad lion puppet/stuffed animal and the Washington, DC band’s name is perilously close to ‘daddy bear’.  But you know what? The song is solid. Heck, I really started to feel for the poor lion, damn it. Making decent music videos for absolutely zero budget in an afternoon is pretty sexy. Creativity in constraints, ftw."
-Mark Schoneveld (yvynyl)

"We got this amazing puppet video (I effing mean that!) and a really great tune; a gentle track that rocks like a Dinosaur Jr. or Cory Chisel and The Wandering Sons polished demo. This act shows great promise, that’s for sure."
-Shawn M. Smith (Radio Exile)


We completely agree with you both!  Absolutely love this charming video! 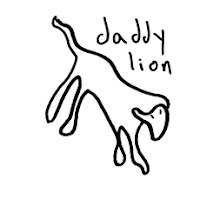 Three Worlds Collide: The Implosion Of A Supergroup

Manchester's All-Star Bassist Uber-group Freebass, consisting of New Order's Peter Hook, The Stone Roses' Mani Mounfield and The Smiths' Andy Rourke, only weeks before the release of their LP, have issued a statement confirming that they are no longer set to continue as a band.


"Recent events have made Freebass entirely unviable as a band, and with this in mind, it has been decided that the project should be shelved, rather than placed on hiatus while members pursue their other interests. The band would like to take the opportunity to thank friends and fans for their support and interest, especially on the UK tour in June 2010. We also hope that people will enjoy the album, which concludes five years of work and treat it on its own merits. No third parties were involved or harmed in the break up."

The band's debut, Two Worlds Collide EP was released a month ago through a partnership with Hook's new label Hacienda Records and US indie 24 Hour Service Station. The EP featured guest vocalist Tim Burgess of The Charlatans UK, Pete Wylie, Howard Marks and Hook himself. A digital single, "You Don't Know This About Me", featuring vocals from Burgess and remixes from legendary producer & remixer Arthur Baker appeared at the same time.

Freebass' debut album It's A Beautiful Life is scheduled to be released in Europe later this month and worldwide December 7th by 24 Hour Service Station with a bonus disc including the Baker remixes, the Freebass Redesign EP from The Beatles 'HATE' producer Fritz von Runte, and Instrumental Versions of the Two Worlds Collide EP.

A series of outbursts by Mounfield on the website Twitter accused 54-year-old Hook of exploiting the memory of the late Ian Curtis, his former bandmate in Joy Division.

Yesterday, Hook told Yorkshire Evening Post he was baffled by Mounfield's outbursts. "I don't know what's brought it on unless someone's kidnapped his phone and is playing a cruel gag", he said.

He'd been unable to contact Mounfield but suspected "the problem" was connected to a number of offers he had received to perform the Joy Division album Unknown Pleasures in its entirety.

"It's interesting to get this criticism from Mani when he's doing (a live revival of the 1991 Primal Scream album) Screamadelica himself," he said. "I'm very proud of the Freebass album," he added. "Playing Unknown Pleasures I'm very proud of. I've got nothing to complain about."

Mounfield's comments had been "an unfortunate bit of timing" with the record, which has taken five years to complete, so close to release but, he reflected: "When you have people like Mani and Rourkey (in a band) you're going to have a volatile mix. It's like siphoning petrol - sometimes it can blow up in your face."

Although it saddens us to announce the implosion of Freebass, hopefully fans of the individual members will appreciate the music they made while together as rare collectibles from an eclectic Super-group.
Posted by Sonshine

Released just in time for the prime of summer, "Brand New" is the Kites With Lights tune that initially caught the attention of it's record label. The opening chords of this song are captivating, full of feel good energy, a perfect start to every day! Polished by Kites With Lights maestro Jonah Cordy into a bright, shiny "brand new" mix of the original recording, we are truly proud to finally share this electro pop gem with the deserving ears of the world.

2. Balanced On Air
3. The Lonely Night


Now Available on iTunes, Amazon, Emusic, and all other digital outlets.
Check out Kites With Lights website and MySpace for more tunes
24 Hour Service Station
Posted by Sonshine

24 Hour Service Station is proud to introduce a new addition to our label's roster, DADDY LION

"Daddy Lion is packed with great emotions, and with them is a band that shows great promise." - FensePost

"One of DC's most exciting up-and-coming bands." - An Ocean Of Noise

"Washington, DC's Daddy Lion has got it right." - Impressionable Youth

"Daddy Lion sounds like all of their influences and they’re all the better for it. A hint of Joy Division  can be heard on ‘Falling to Pieces‘, Hüsker Dü can be heard on ‘Just Die Young‘ and ‘Morning‘ could easily be a Dinosaur Jr. B-side slow burner." - Cougar Microbes 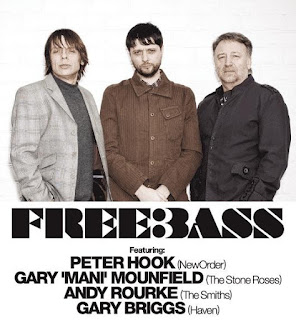 Hook, the legendary bassist and founding member of New Order and Joy Division, is operating the label out of the Factory Records building in Manchester, England, which has also been reopened as a night club and live music venue. Modeled on the same principals & integrity as Hook's former label, the Tony Wilson headed Factory Records, Haçienda Records UK allows for future Hook projects as well as music from new artists to be developed, released & distributed easily.
The First Fruit of this partnership is the long awaited and often rumored,
FREEBASS - Two Worlds Collide - EP

Featuring THREE of Manchester's bass guitar legends; Peter Hook (Joy Division/New Order), Andy Rourke (The Smiths) & Gary "Mani" Mounfield (The Stone Roses/Primal Scream), FreeBass has had a long gestation process. Pressed to find the perfect lead singer, so they asked their famous friends to contribute with Tim Burgess (Charlatans UK), Pete Wylie (The Mighty Wah!) & Howard Marks (Mr Nice) responding to the call. Burgess' track, "You Don't Know This About Me" is a melodically epic tune with a bass line recalling New Order's single "Ceremony" surrounding Tim's voice. On "The Milky Way Is Our Playground," Wylie takes vocal duties on an anthemic journey into euphoric space rock, reflecting on the universe with his star-struck cerebral lyrics. Howard Marks AKA raconteur & beatnik Mr Nice, delivers a sterling monologue on "Dark Starr," a grungy piece of rock  n roll mischief. Finally "Live Tomorrow You Go Down," finds Hooky growling his way through a pulsating dance track whose raved-up bass line, crunching beats & Giorgio Moroder-esque electro flourishes closes the EP with a punkish techno vibe.
Listen: FREEBASS - "You Don't Know This About Me"
Release date: Jun 1, 2010 (Digital)  |  Aug 10, 2010 (CD)
And for when you're nostalgic for the club days,
MAN RAY - Summer 88 - EP
Peter Hook and producer Phil Murphy created acid house tracks evoking the style & euphoria felt during that epic "Summer of Love" at The Haçienda nightclub. Revisiting the staple sounds of the period with a modern twist, the duo used analogue technology to recreate precisely the sounds belting through the summer of '88. A mixture of classic Roland synths & drum machines were employed to simulate the early acid house vibes with samples only being used for sound effects, making both tracks feel naturally timeless.
Listen: MAN RAY - "Ways Of Making Music"
Release Date:  Apr 20, 2010 (Digital)  |  Aug 10, 2010 (CD)
Available on iTunes, Amazon, Emusic and everywhere else you buy music!

Tanya Donelly, vocalist for indie legends Throwing Muses, Belly & The Breeders contributes her voice to the A-Side of this EP, while Django Haskins of NC band The Old Ceremony sings the B-side. Includes remixes from author Rick Moody (The Ice Storm / Garden State), Berlin-based producer/musician Mount Sims & Pharmatronik. POCKET, aka Richard Jankovich, fronted electro pop group Burnside Project. His latest project is a series of singles with A-Sides featuring a "Dream List" of legendary vocalists to collaborate with. Each EP includes mixes or versions by producers from across the spectrum of music, such as Styrofoam, Justus Köhncke & GD Luxxe. 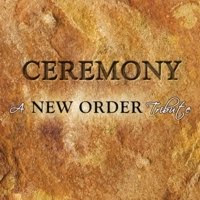 Ceremony - A New Order Tribute album is released today in honor of Tony Wilson with a portion of the proceeds donated to Salford Foundation Trust's children's charity, the Tony Wilson Awards.  This tribute released February 20th for what would have been the late broadcaster and music entrepreneur’s 60th birthday.

The deluxe double CD is now available for purchase at NewOrderTribute.com
Ceremony is also available at all digital outlets including:
iTunes
emusic
Amazon

Former New Order bassist Peter Hook, who is a patron of the grant-giving charity, said:

“To see so many indie bands interested in replicating the work of New Order as a tribute to Tony and to help raise funds for Salford Foundation Trust so that it can continue its fine work with young people is just fantastic.
Through the Trust’s Tony Wilson Award, young people can access grants that can help them to pursue music, drama, dance and the creative arts.”
Also available, two extra Digital-Only albums released in support of this album: